Here’s my first release of the year. Thanks!

Hey all! Our label just released a new psychedelic house EP and all proceeds are going to Australia Wildlife Rescue. We’ve only released on Bandcamp and a new streaming service called Emanate, which is helping us donate streaming revenue. Would be stoked if you checked it out. Brooklyn Artist pledges 100% of streams towards relief efforts for the bushfires...

The Space Wanderer, a psychedelic house and techno artist on the Brooklyn based label Postseason Franchise Records, released a new EP this…

I really liked this.

First post! A lot of nice stuff in this thread, thanks for sharing.
A recent track I’d like to share, would probably fall under the “melodic” techno genre, so tempo on the slower side:

here’s a free EP i released earlier this month! Go to The Blown Mains. 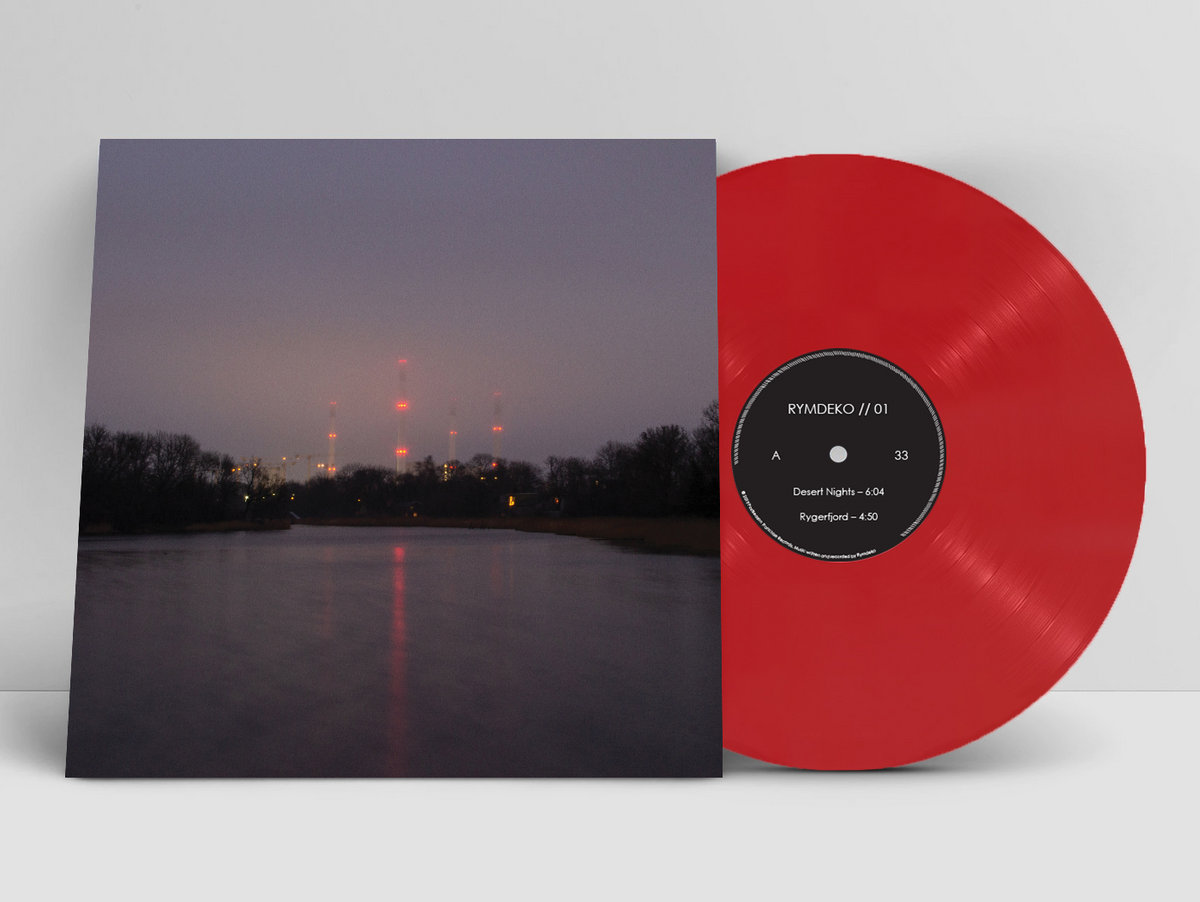 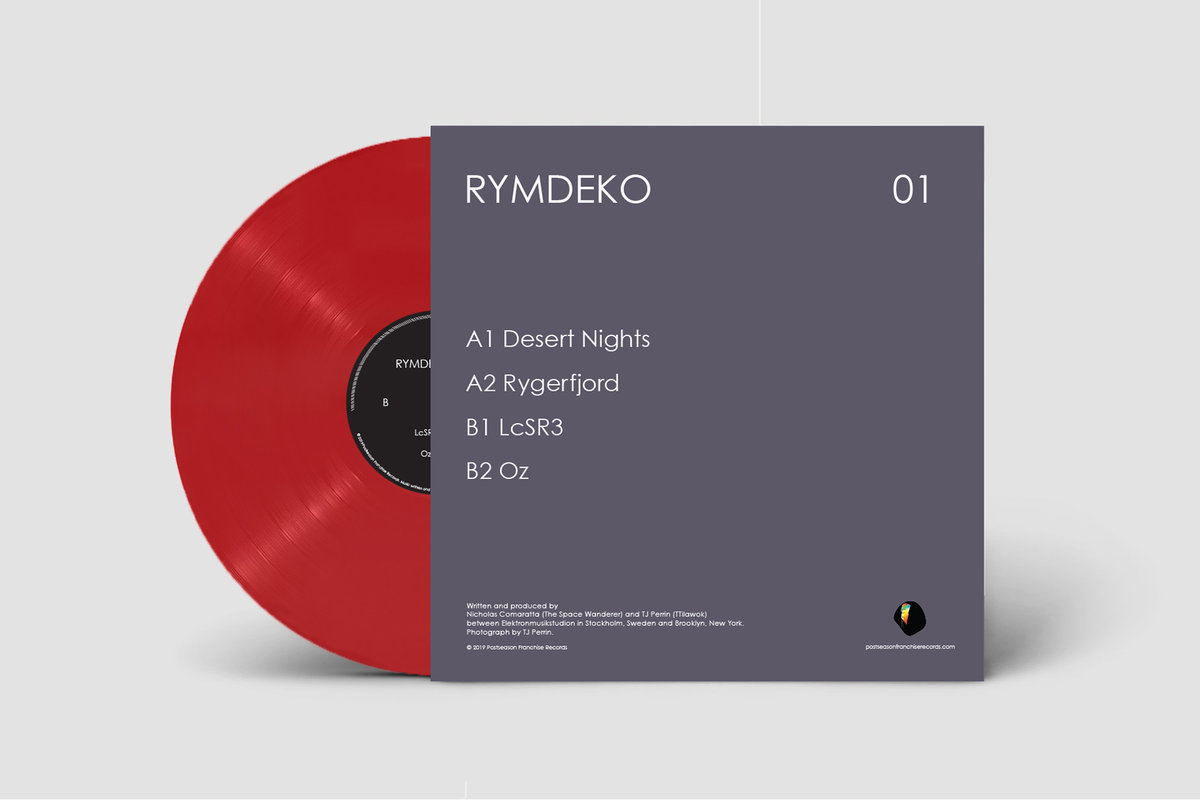 Rymdeko is the collaboration between The Space Wanderer and TTilawok, the duo behind Brooklyn label Postseason Franchise Records. In late 2017, with Nicholas Comaratta (The Space Wanderer) visiting TJ Perrin (TTilawok) in Stockholm, they began working on what would become Rymdeko during an artist residency at Sweden’s legendary Elektronmusikstudion (EMS). Over the course of one week, they churned out a handful of tracks that slide between minimal techno and downtempo electronica. The resulting sounds of Rymdeko (“Space Echo” in Swedish) are a nod to their shared influences as well as their own solo creations. Their residency focused on combining vintage analog synthesizers and modular gear such as the Buchla 200 and Serge modular with altered samples to form rhythmic energetic soundscapes. Their take on production creates a listening experience infused with modern processing techniques and classic modular frequencies and effects units. Both adept at creating sonic landscapes that fulfill their visions, they combine here for four tracks of refreshingly honest house and electro.

TTilawok and The Space Wanderer are multi-instrumentalist sound artists collaborating internationally between Sweden and New York. Their work combines analog and digital sounds with recorded samples to form rhythmic dynamics and energetic soundscapes.

Postseason Franchise Records regularly donates proceeds from events and releases to organizations such as The Yellowhammer Fund, WIRES (Wildlife Rescue in Australia), and Cuba Analogica. In an effort to reduce carbon emissions and support global climate stability, $1 from each Rymdeko record sold digitally and physically will be donated to the Coalition for Rainforest Nations.

Hi! I remixed a track from a friend of mine. Kind of techno/breakbeat.I had a lot of fun making this remix, I hope you’ll like it!

And here is the original track:

The first track from an album of heavy weight roots reggae interpretations of modern and classic soul covers - from the likes of Michael Kiwunka, Charles Bradley and Marvin Gaye - ‘Cry For Unity’ is due for release later this summer.

Kristian Craig Robinson (Capitol K) on the controls, with a cast of characters from Total Refreshment Centre and our next door neighbors, Mellow Mix, as the ‘Time Of Confusion’ band; their first song - ‘This World (Is Going Up In Flames)’ feat Tabby Diamond is out now.

Calum Gunn has spent the past few years becoming a key figure in the European electronic avant-garde. As well as releasing his own music through labels like Entr’acte, FLUF and Tsuku Boshi, the Berlin-based Gunn also helms Conditional Records, one of the most forward-thinking computer-music imprints to emerge in recent times.

Gunn’s Addenda EP, his debut drop for Central Processing Unit, contains some of his most dynamic work to date. While his commitment to experimentalism remains, these four tracks represent a clear shift in focus for Gunn - namely that, for perhaps the first time in his career, he is making music that is club-friendly. A whole host of dancefloor innovators are recalled when listening to Addenda - particularly Autechre, Analord-era AFX and several of Mark Pritchard’s projects as well as Gunn’s contemporaries Rian Treanor and Renick Bell.

These tracks never sit still, their rhythms constantly evolving and turning themselves over. Addenda’s first two cuts use metronomic hi-hats to keep these ever-changing grooves in check. With its thwacking kicks and snares, opener ‘Esephony’ enters the fray with the heft of an early Wiley riddim. Atop these drums we find squeaky half-melodies interlocking and breaking apart, meaning that the overall effect is not dissimilar to the tweaking beats that Pritchard came up with as part of Africa Hitech. ‘Esephony’ is followed by ‘Moebu’, another track that harks to grime through its fluttering lead synth. The way that this single-note line snakes above a slow, steady drum pulse pitches ‘Moebu’ halfway between Last Japan and rRoxymore.

Gunn increases the tempo in Addenda’s second half. ‘Ternenmarz’ introduces itself with more blarts of bass, but whereas these were steady on ‘Esephony’ they now jump around unexpectedly. Gunn holds the erratic kicks in place with twittering hats and snares - indeed, when you factor in its gnarly synth lines, ‘Ternenmarz’ steers closer than any other cut here to the high-grade electro drops that CPU has made its name with. Closer ‘Pins’ supercharges the snap of ‘Esephony’ to 145 bpm before Gunn softens up the track with reverb-drenched synths that nod to the sombre post-grime of Mr. Mitch’s Gobstopper Records.

With the Addenda EP, Calum Gunn has achieved something that proves elusive to so many producers - making club tracks that are at once innovative and immediate, their experimental tendencies serving to elevate their dancefloor impact. Available on CD and digital formats.

Have been driving myself batty w/ work and other issues, so I’ve been using music making as a way to clear my mind. Got some tracks together to a place I like and just put them up on bandcamp. House-ish.

here’s one, would LOVE to receive feedback on this stuff